Big fight in Barcelona for the new Bicing project

Lot of heavyweights in the competition for Bicing 2018 tender: 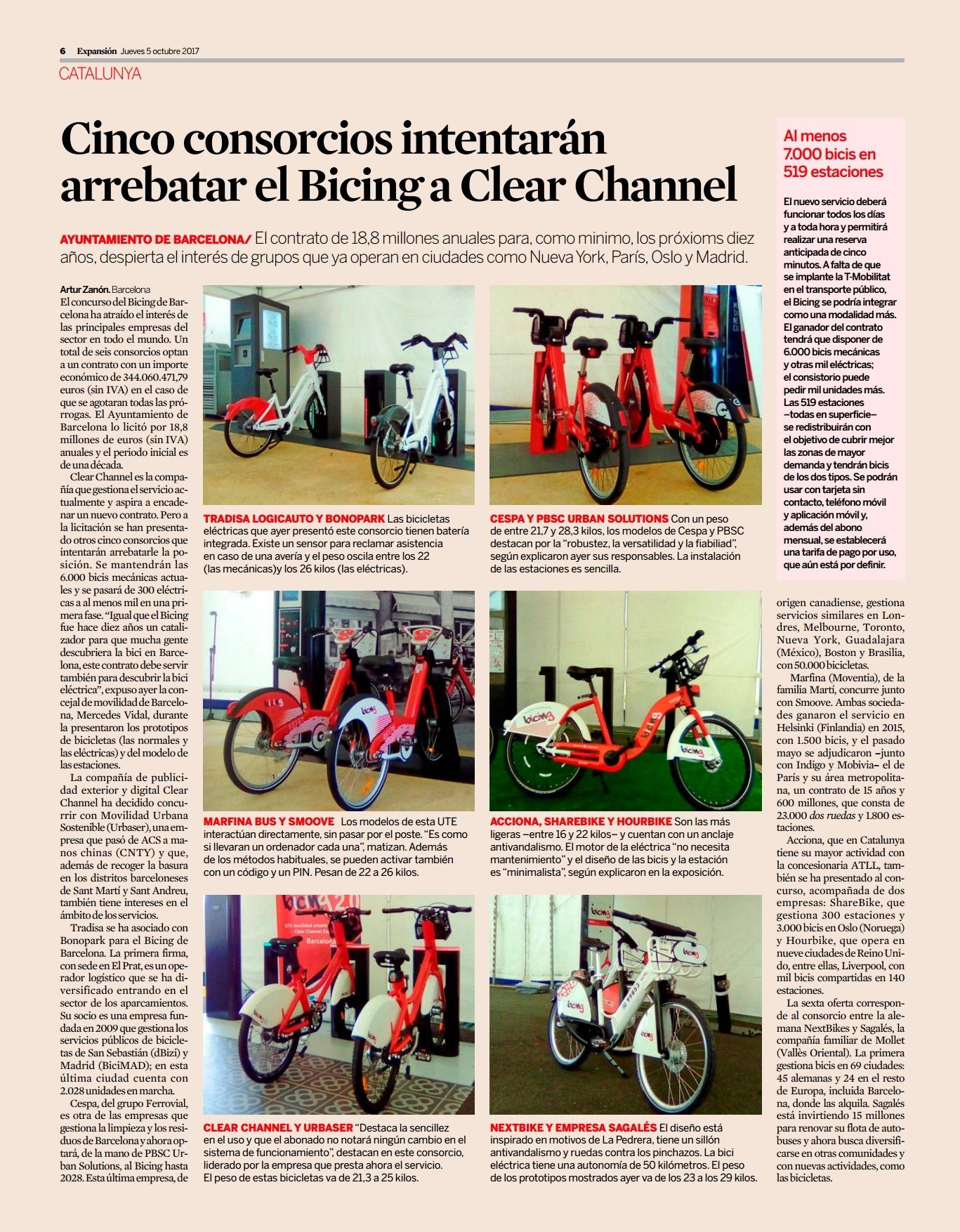 The upcoming contract is 18.8M€/year, for ten years. The next operator will deal with 6000 mechanical bikes and at least 1000 electrical ones, together with 519 stations.

No specific data reached us about the requirement for the electric bike (autonomy…), so we’ll have to wait for that. But here’s no doubt that it is going to be a rough competition! Result end of 2017.

I am glad to collaborate with fluctuo for a set of articles to analyse and explain mobility phenomenons highlighted by their products. Episode #3: the situation of shared micromobility services in Barcelona. The dense, touristic and sunny capital of Catalonia has a huge potential for shared mobility. In 2007, it launched Bicing, one of the most successful …

END_OF_DOCUMENT_TOKEN_TO_BE_REPLACED

Shared scooters arrived in Marseille (FR) on January 2019, when Lime launched the first service with 150 vehicles. As the second most populated city in France with 868,000 inhabitants, Marseille is a major focus for (almost) all the operators with its welcoming weather… and despite not being the most cycling-friendly city (lack of infrastructure, traffic, …

END_OF_DOCUMENT_TOKEN_TO_BE_REPLACED

Licenses have been awarded in Barcelona

As explained in a previous post, the Barcelona city council adopted a controversial strategy to manage the shared micromobility services on its territory. As most of the cities are working on tenders to select up to 3 operators for each mode, the Catalan capital chose an opposite path: it first selected 21 e-moped sharing companies …