Well, don’t be afraid, we are only talking about bike sharing… But since spring 2017, the occidental world is more and more frightened by two words coming from China: Mobike and Ofo!

In fact these two chinese companies have globally shaking up the bike sharing world in only a couple of months, by developing their dockless systems at an unprecedented size and speed. And now out of their native country. 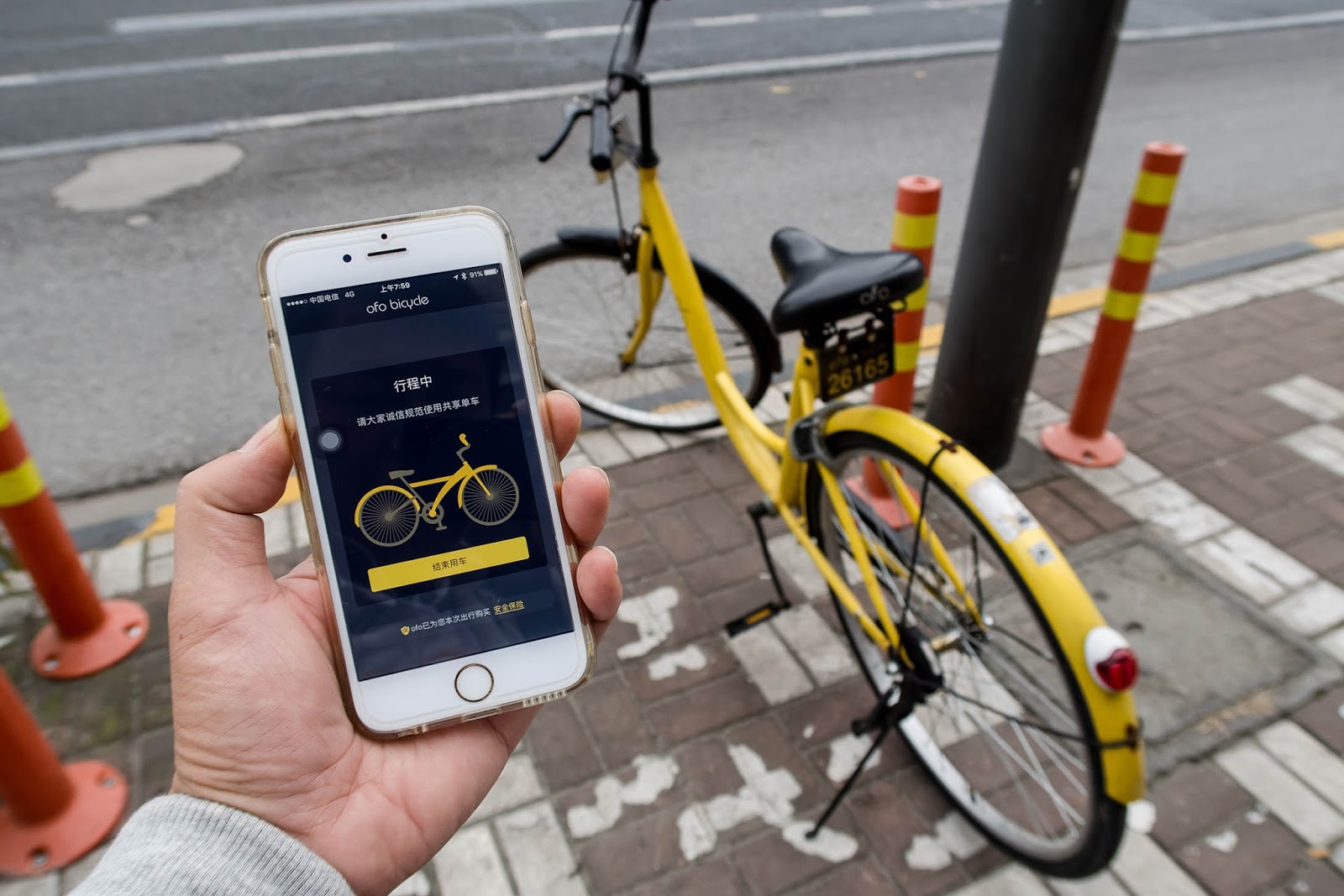 The dockless bikesharing companies are divided in 2 groups.

In the first one, let’s call it “the GIANTS” we find the previously mentioned Ofo and Mobike, who raised hundred of millions of dollars regularly. Aside we can list BlueGogo (CHN), OBike (SGP) as pioneers. Around 30 other Chinese brands have launched in order to surf on the same wave.

In the second, we have a batch of occidental newcomers (let me know if your name is missing): Bitride (ITA), Donkey Republic (NED), Full Speed Bikes (IRL), Spin (USA), LimeBike (USA), FlickBike (NED)…
JUMP (USA) is the only company to my knowledge providing ELECTRICAL dockless bikes. 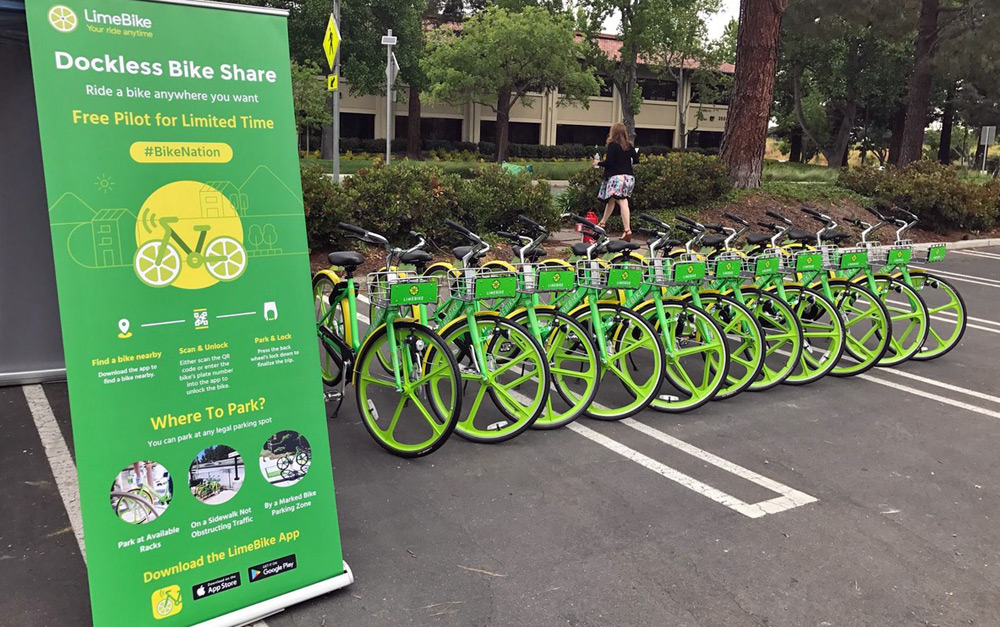 Until the end of 2016, these systems have only been released in asian streets, first in China, of course, then in Singapore. 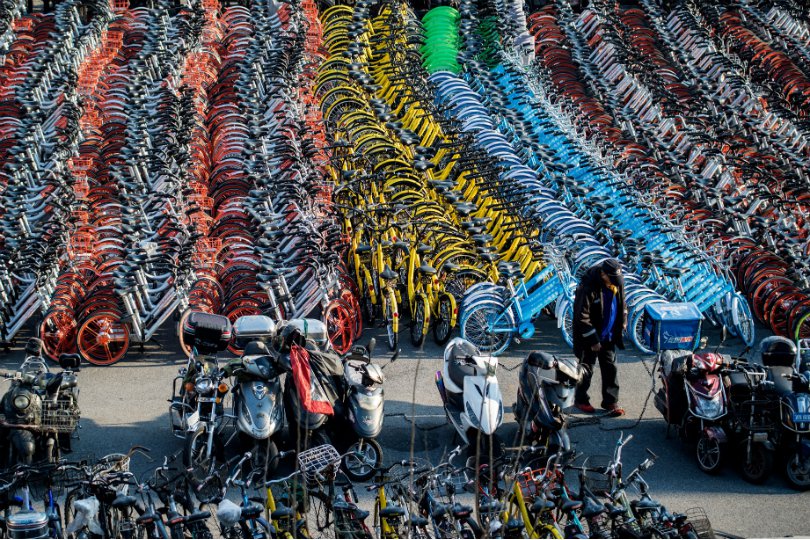 In such cities where different companies are involved, it is a rush to mass bicycle production in order to flood the city with bikes, as the company which has the biggest fleet will be more used… It ends with the now famous series of photos of huuuuge piles of bikes close to the metro station or other transport hubs.

This race, quite an image of the capitalistic world, is now evolving outside Asia. As in a Risk board game play, each company puts his piece on the map: London, Rotterdam, Zurich and Melbourne for Obike – Manchester, Florence, (Fukuoka, London, Milan announced) for Mobike – San Francisco for Bluegogo – Vienna, Cambridge and Oxford for Ofo. 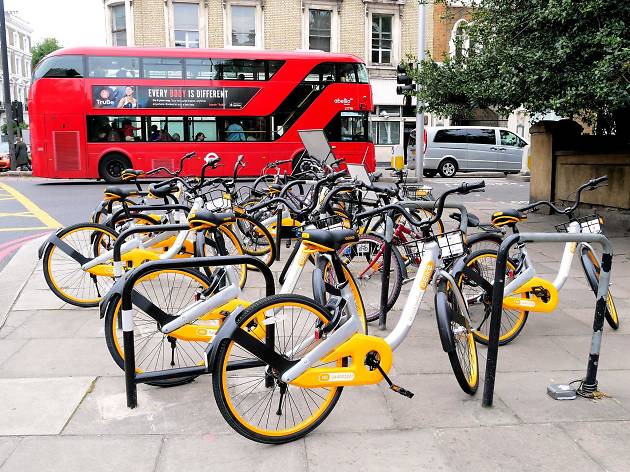 But some of the local competitors, as Limebike and Spin fighting in South San Francisco, and FlickBike securing his launch in Amsterdam are still fighting for their piece of cake!

If you’re interested in bike sharing, you have surely seen these photos of huuuuge piles of bikes in the streets of Shanghai or Beijing:

For sure, one of the main concern of every city hosting such schemes is to maintain a certain order. Mayors do not want to see their cities look like a child’s room (or worse, a student’s one). Piles of bikes, pavement saturation… The problem of parking the bike is a huge challenge when you see thousands of bikes arriving. As only the location of the bike is supervised, users quickly understand that it doesn’t matter if you end your course parking your bike in a legal bike parking, or throwing it into a river… The local culture will surely have an influence on the intensity of such behaviour… wait and see how it will turn in the USA for example.

To avoid such situation, some cities like Melbourne, San Francisco or London, have taken measures to try to regulate the market: 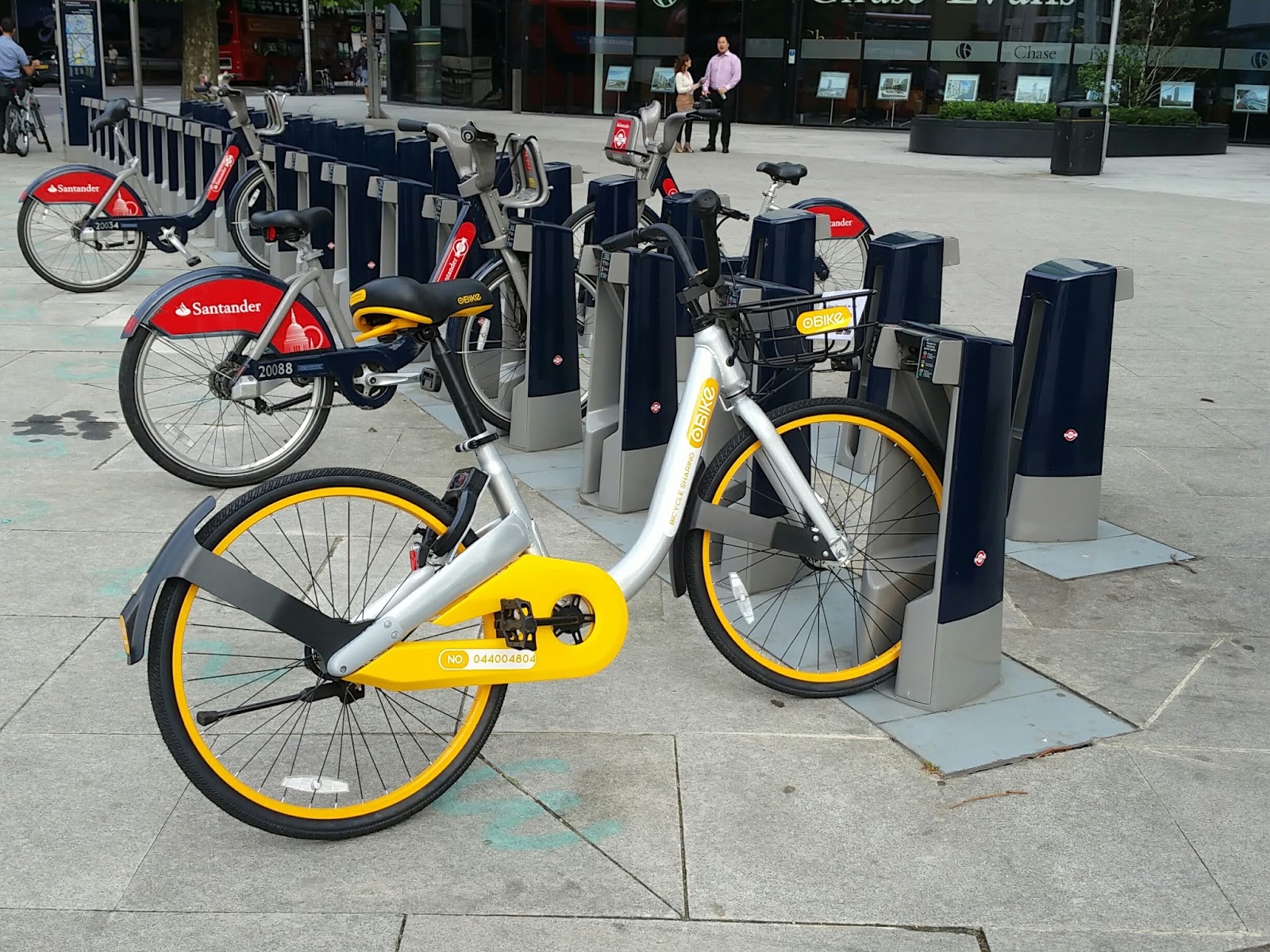 And… after the expansion??

Even if the pace of opening schemes is not going down (in the few weeks of writing this article, new cities such as Moscow or Prague, Washington DC ) we can be a bit perplex about the viability of such economical models. Companies are currently fighting to get the biggest piece of cake, but after that?? Investors will stop throwing billions of dollars sooner or later,  and companies will have to be “self sufficient” and build their own business model.

Having conquered China easily, dockless bike sharing is also facing a different mentality, and different laws and regulation making its development in occidental countries more complicated. Rules and laws will certainly get stricter in the next couple of years, and companies will have to hire highly trained diplomats to get authorisations!

All these cities will face a new situation in 2018! Next year should give the orientation of the bike-sharing industries, based on the results of these experiences and cohabitation between all systems.

To finish: You’ll find here an interesting document, explaining the point of view of the ECF (European Cyclists Federation) about unlicensed dockless bike-sharing.

All about NYC dockless bike-share pilot

It’s been under work since 2017, and finally started in july 2018: New-York City Department Of Transportation (NYC DOT) have been working hard on how to integrate dockless bike-share operators in the city without cannibalizing its historical Citi Bike dock-based scheme.   For such a huge metropolis where bike-sharing is a real part of the …

END_OF_DOCUMENT_TOKEN_TO_BE_REPLACED

Meet SharingOS, the future of shared-mobility

This is a sponsored article. If you would like to sponsor an article to be published on shared-micromobility.com, please send an email to: contact@shared-micromobility.com.   Amidst the fast-changing mobility industry that is being disrupted by revolutionary technologies, it is also important to pay attention to those companies providing the underlying technological innovations. This is where we …

END_OF_DOCUMENT_TOKEN_TO_BE_REPLACED

Jump Mobility is the new trend in bike-sharing in the US. With its e-bikes, the brand from Social Bicycles uses the same technology as its many schemes in the US, UK, Czech Republic and Poland, a dockless geo-fenced system. If the idea is good, it raises a main problematic compared to similar systems with mechanical …